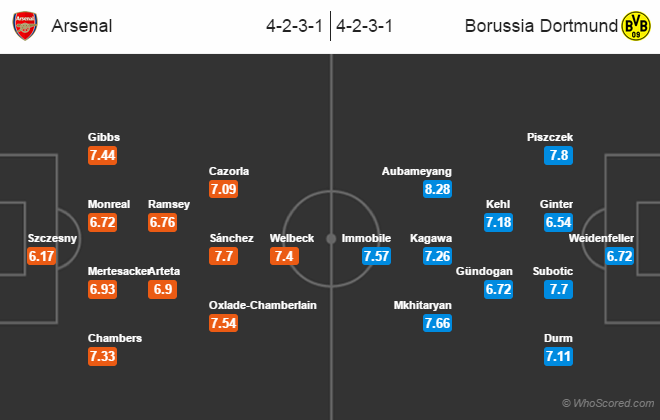 Team News:
Arsenal centre-back Laurent Koscielny is likely to make a surprise return tonight but midfielder Jack Wilshere could be out with an ankle problem which he suffered in the last game.
Goalkeeper David Ospina is out and Wojciech Szczesny is still in doubts for this clash.
French striker Olivier Giroud is ineligible to play the group stages as he was not registered by Arsenal boss Arsene Wenger.
Mathieu Debuchy and Mesut Ozil remains on the sideline with their injuries.

Meanwhile, Dortmund have seven players on their sideline including Nuri Sahin, Sven Bender, Mats Hummels and Marco Reus.
Reus will be the biggest absentee for this clash. Despite of him they will still have enough pace on the pitch to give tough time to the Gunners. 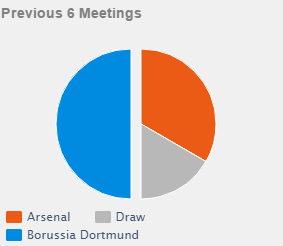