Crystal Palace were the side that ended Liverpool chances last year for the Premier League title. They were down to three goals and managed to equalize the score within the last 10 minutes. Liverpool boss Brendan Rodgers will be hoping to take a revenge today.

Team News:
Home side have welcomed their skipper Mile Jedinak for today’s clash. He missed the last game against Manchester United due to suspension. While James McArthur is a doubt with a calf injury. Striker Kevin Doyle has also returned from groin problem and is available today.

Meanwhile for Liverpool, striker Daniel Sturridge who is currently out with his third injury of the season is expected to be back New Year. While Mario Balotelli who suffered a hamstring problem while on international duty is expected to start along with Rickie Lambert.

England midfielder Jordan Henderson will also start after being rested by Roy Hodgson against Scotland few days ago. 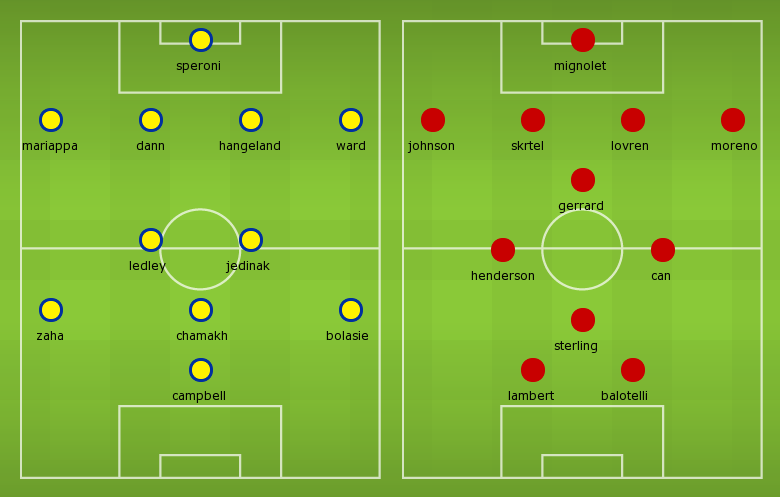 Stats:
Prediction:
Crystal Palace 1 – 2 Liverpool, the Reds are set to face another test.