Swansea City will host Arsenal today in a Premier League fixture at Liberty Stadium. A win for the Swans will take them above the Gunners.
Kick-off: 16:00 GMT
Venue: Liberty Stadium
Referee: Phil Dowd

Swansea City will be without Jonjo Shelvey who will be serving a suspension for the second time this season. Dwight Tiendalli and Jordi Amat are still not available despite of returning to training from their respective groin and knee injuries.

Meanwhile, Arsene Wenger will start with midfielder Jack Wilshere as he returned from illness. Theo Walcott is also likely to start his first game of the season. But Mikel Arteta remains out along with several other injured players. 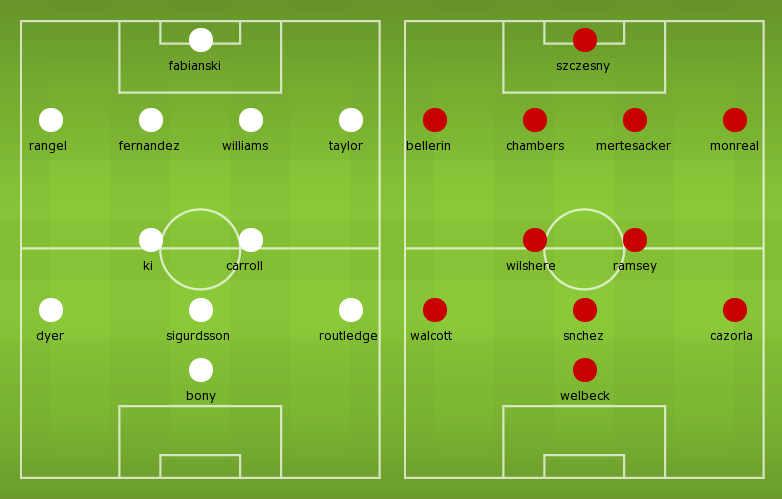