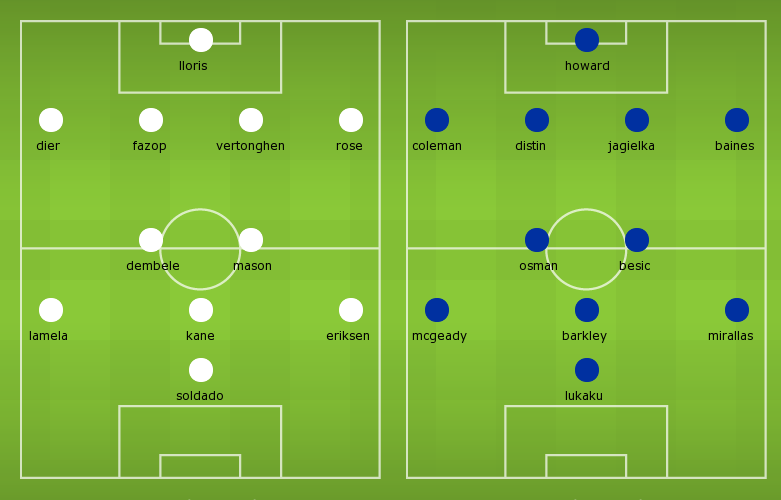 Team News:
Tottenham Hotspurs striker Emmanuel Adebayor, defender Younes Kaboul and midfielders Nacer Chadli and Andros Townsend all have a minor injury, they could be in the squad but hopfully will take their role back from the next week.
Kyle Naughton has to suffer his suspension while right-back Kyle Walker is still eyeing a return. He is expected to be back in few weeks.

Everton are also with a long list of injured and doubtful players. Leighton Baines has a hamstring injury but is expected to be back. Steven Naismith, Gareth Barry and Steven Pienaar all are doubtful for this clash.
But Antolin Alcaraz, Darron Gibson and Bryan Oviedo all will miss the game.