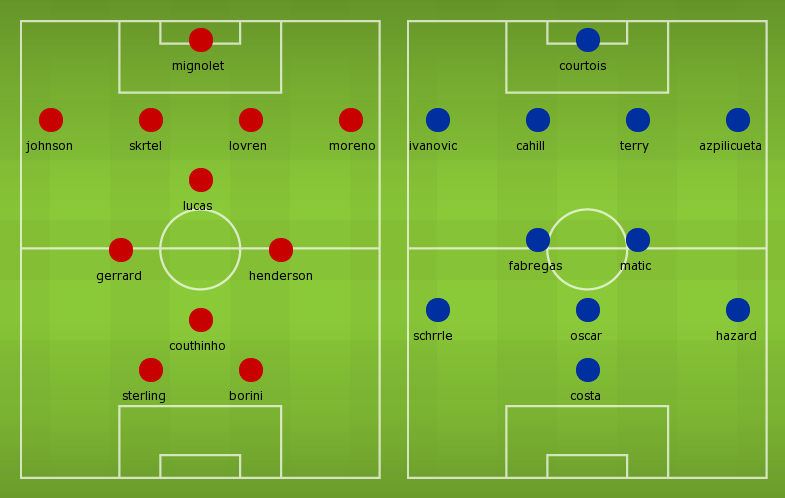 Team News:
Liverpool defenders Mamadou Sakho, Jon Flanagan and Jose Enrique continues to struggle with their injures while English striker Daniel Sturridge is a doubt for this game and is expected to return after the international break.

While for the away side, the John Obi Mikel is the only player out for the Blues.

Prediction:
Liverpool 2 – 1 Chelsea, a surprising win for Liverpool and a first defeat for Chelsea of the season.