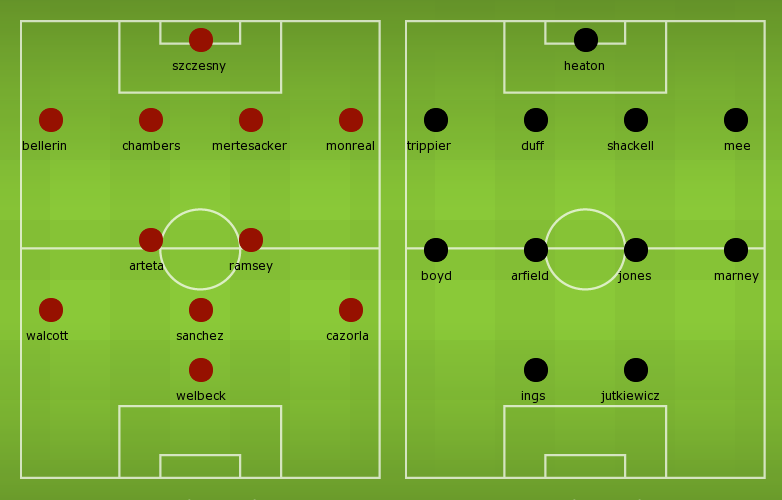 For home side Arsenal, midfielder Jack Wilshere is out with a knee injury. While Theo Walcott who has returned will likely to make his first appearance of the season but from the bench.
Meanwhile for the away side, midfielder Dean Marney is set to return for Arsenal clash after recovering from a hamstring injury.