Team News:
Manchester City are set to welcome their skipper captain Vincent Kompany as he is fit to play against Swansea City along with summer signing Eliaquim Mangala. The Belgian was out for almost three weeks.
But midfidler David Silva is still out with knee injury along with forward Edin Dzeko and full-back Aleksandar Kolarov who both are out with calf problems.

Meanwhile for the away side, midfielder Jonjo Shelvey has returned from suspension. Also, duo midfielders Nathan Dyer and Wayne Routledge are also back from groin injuries. All the three players missed the last game against Arsenal.
Possible Lineups: 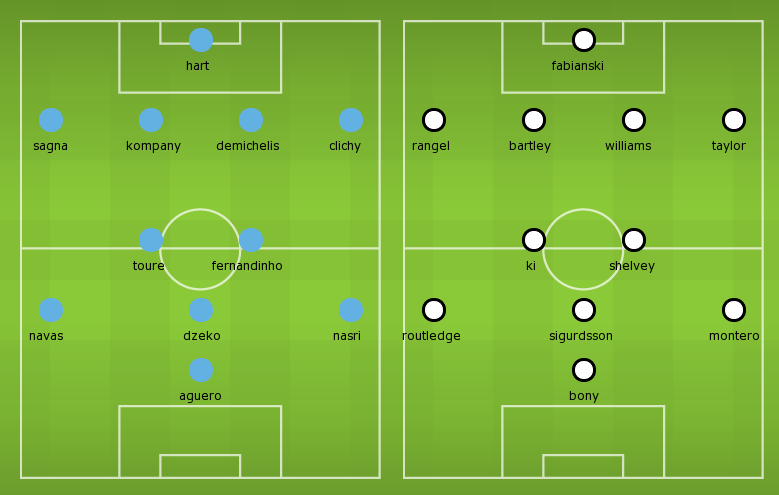 Prediction:
Manchester City 2 – 2 Swansea City, inform Swansea will give a tough time to the Champions.