Premier League: Which manager should be sacked first?

This Premier League season has been totally different so far, big names are underperforming while the average teams are enjoying themselves. 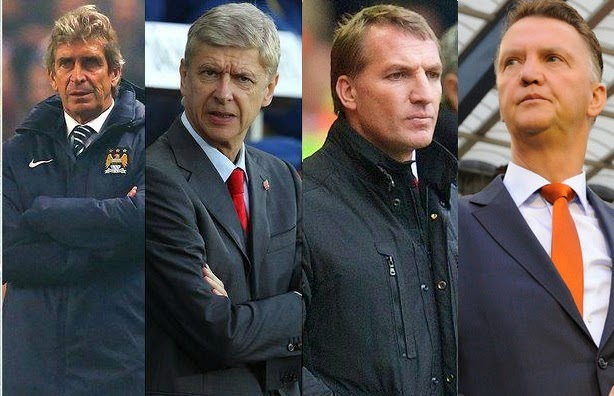 Southampton, Swansea City and West Ham have currently taken the top seats. Manchester City, Arsenal, Liverpool and Manchester United all are struggling to to achieve their target so far.

Manchester City are on third but are not up to their mark as they are eight points behind the toppers Chelsea who are going exceptional, unbeaten so far this season. Manuel Pellegrini has to bring old Citizens back if he wants to retain his place.

Brendan Rodgers is also having a difficult time after Luis Suarez departure to Barcelona in summer. He is spending his third season at Anfield and might be his last if he continues the same performance in the upcoming games.

Arsenal boss Arsene Wenger is the most likely one to be sacked first as its been years now that the Frenchman has not won a Premier League trophy. Since 1996 he has won only three Premier League titles.

Manchester United new boss Louis van Gaal spent more than £200million on his summer signings and is still struggling in the Premier League. United are already out from Capital One Cup and are not in the Champions League campaign. Only Premier League is the only competition LVG is focusing but still not getting desired results.

While Tottenham and Everton are also struggling in the Premier League.

Which manager should be sacked first?