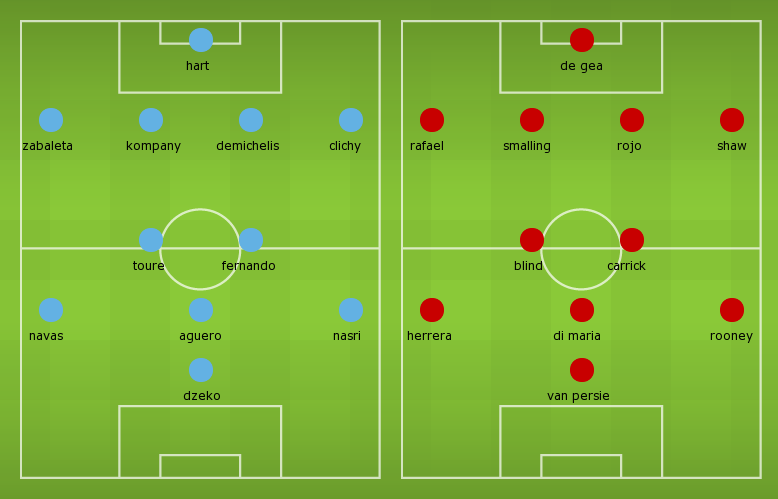 City star playmaker David Silva is out for this game while Yaya Toure is expected to return from his groin injury.

Meanwhile for the Red side of the Manchester, loan striker Radamel Falcao is out with a leg injury.