Balotelli goal in BPL or Klopp sacking: Which incident will happen first?

Balotelli goal in BPL or Klopp sacking: Which incident will happen first? Balotelli has not scored a goal in 7 games for Liverpool in Premier League.

Since the start of this season’s European Leagues, many things have happened which no one could have imagined last season. While the last season’s Champions League Semifinalists Borussia Dortmund are sitting in the relegation zone now just 1 position adrift of being rock bottom in the League, the difference between Jurgen Klopp and a sack is also coming closer and closer. And as the 2nd half collapse against Bayern Munich suggested, the 2 time Bundesliga winning manager Klopp is looking out of his depth now. 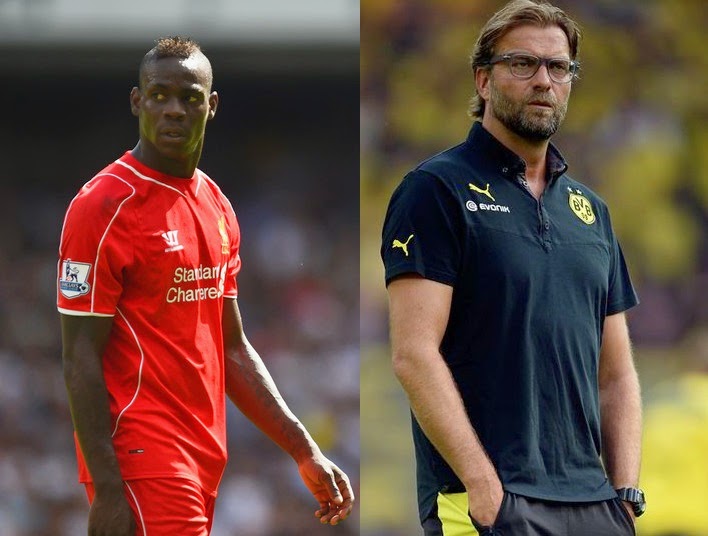 Borussia Dortmund are sitting 17th in the league table, separated by goal difference from Werder Bremen which is at the rock bottom of the league

However, on the other end of the hemi-sphere and at a distance of 972km from Dortmund, Brendon Rodgers’ Liverpool side have not made the best of starts to their Premier League campaign. And standing as the proof of why Liverpool haven’t started too well, Mario Balotelli is inviting all sorts of criticism, but for the first time in his life, due to his performances on the pitch.

Mario Balotelli shot conversion in the league this season is 0% even less than that of Alberto Moreno at Liverpool who had a goal to his name.

And with Chelsea coming next weekend after which the International break will follow its course, Liverpool fans might have to wait three weeks from now to see the Italian celebrate a Premier League goal.

While the charisma and global appeal of Jurgen Klopp has made Dortmund the 2nd favorite team of everybody across Europe, his antics on the touchline during matches have helped the Borussia Dortmund home stadium to become the most populated during matches. And with Arsenal lurking in the shadow looking for a successor of Arsene Wenger as the board has itself casted doubts on the Frenchman future, the 47 year old German with 2 Bundesliga titles to his name would be a perfect choice to replace Wenger in the long-run.

Also Read: Klopp the only manager who can replace Arsenal boss


And as far as Balotelli is concerned, Daniel Sturridge is the only possibilty that can help the Italian to shine at Anfield. Sturrdige will be returning after the International break. However, looking at Balotelli's form, Liverpool fixture list and the media frenzy surrounding him, even Sturridge's return might not sort out his problems.

Conclusion:
Although Balotelli and Klopp both are afraid of their shadows at the moment, it is highly likely that the German will part his ways from  Dortmund at the end of this season. Therefore, Balotelli have a lot of time to come as winner till that.

Which incident will happen first?