Daily Star, Mirror and Spanish media Fichajes have revealed that Arsenal are on the verge of signing centre-back Fabian Schar from Swiss side FC Basel.

Daily Star, Mirror and Spanish media Fichajes all have reported that defender Fabian Schar is set to secure his move to the north London side Arsenal in the coming transfer window.

Arsenal boss Arsene Wenger has been facing defensive issues since the start of the season. Reports have strongly linked the Gunners with several defensive midfielders in the recent weeks but now have come up with a young centre-back who is set for a move in Janaury.

The Gunners have not signed any replacement of Thomas Vermaelen who left Arsenal for Barcelona in the summer window. While on the other hand, Arsenal first team centre-back Laurent Koscielny is still out with injury, left-back Nacho Monreal was playing at the central role in the past few games. 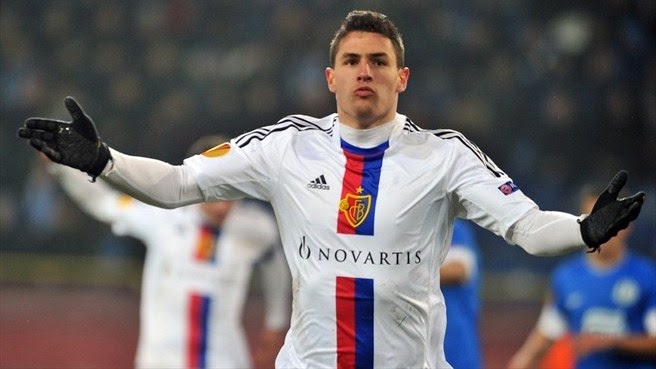 The Swiss international who was the part of World Cup squad has been watched several times by the Arsenal scouting team.

The 22-year-old has been a regular starter for the Swiss outfit. He helped them to lift back to back Swiss titles in the past two seasons.

Schar will cost around £9.5million according to reports.