Sergio Aguero vs Diego Costa, Who is better?

Sergio Aguero and Diego Costa both are performing at their top level this season, both are  the top scorers for their respective clubs, Manchester City and Chelsea. 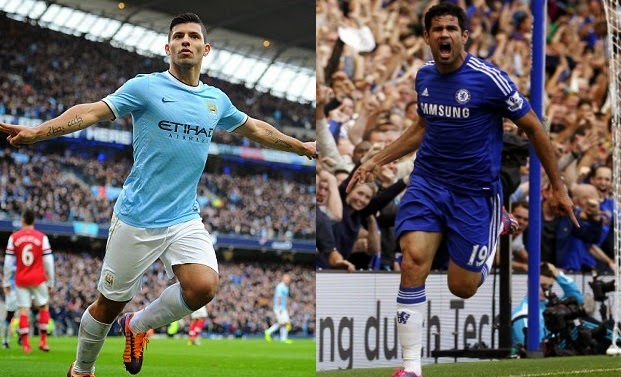 Both who joined the Premier League from Atletico Madrid are fighting for the Golden Boot. Aguero is currently leading with 12 while Costa is two goals behind.

Manchester City have scored 22 goals and more than 50% are from Aguero while Chelsea who are currently unbeaten in the Premier League have scored 28 goals so far.

Both of them have scored a hatrick, Aguero scored four goals against Tottenham Hotspurs while Costa scored three against Swansea City.

With the above stats both are top class strikers and the real contenders for the Premier League Golden Boot. Both of them are yet to provide an assist.

Aguero has made 11 appearances but has played only 35 minutes more than the Spanish striker. The Argentina international leads in terms of the above stats.

Who will win the Premier League Golden boot?
Comment below.