Premier League side Arsenal have started negotiation with Serie A club Palermo for their striker Paulo Dybala, according to several reports.

The Gunners are in advanced talks for £31million rated striker Paulo Dybala according to Daily Star.

The Argentinean has been in fine form this season, he has displayed enough impressive performances that he is now called the new Sergio Aguero. The Italian outfit are well aware of the news that their star striker will be heading away as many big clubs have shown interest in him.

Reports have also suggested that Manchester United are the other side who are trying to secure his services for the right price. 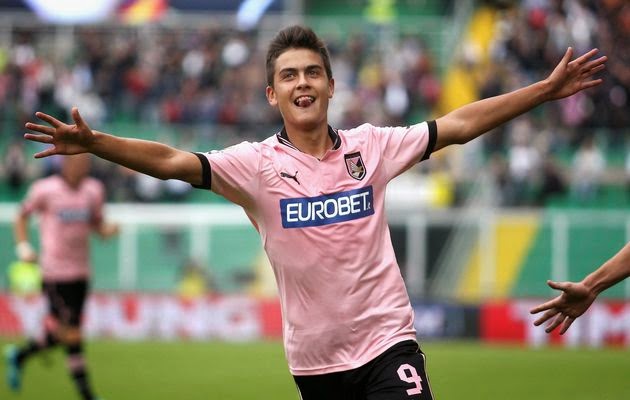 Spanish media Fichajes have also revealed that Arsene Wenger is on the verge of securing his deal not in the winter transfer window but at the end of the season.

The Argentina international is mainly known for his speed, finishing and strength. He has netted five goals in 13 appearances so far this season.

The 21-year-old has been a regular player for the Italian side since his move in 2012. He has scored 13 goals in 65 appearances.