India is buzzing with excitement as the dawn of a new sporting era is about to hit the densely populated country. 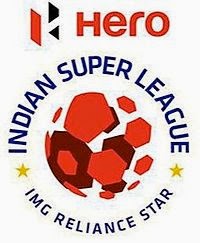 In a country where cricket is the biggest played and watched sport, football normally falls to the way side.

That may not be the case anymore as this Sunday the Indian Super League will take its maiden voyage in a land more familiar with bowling a ball rather than kicking one.

Adapted from the majorly successful Indian Premier League or IPL as it is more commonly known, eight teams will face off against each other with the aim of becoming the first ever ISL Champions.

Just like the IPL you need lot of money to get it off the ground which hasn’t been a problem as Indian cricket captain and wicketkeeper MS Dhoni is co-owner of newly franchised team, Chennaiyin FC.

The facilities are there, the teams are there the only thing missing is the need of household names to bring in the crowd to make football to take off in the sub continent.

They have that base covered too, they might not be in their prime, or even play the game anymore but the likes of  Robert Pires, Michael Chopra, Luis Garcia, David Trezeguet, Nicholas Anelka, David James and Freddie Ljungberg have all signed up to play.

When you have players of that quality you need managers of that level too, to get the maximum out of the mix of ageing superstars and local professionals.

So the teams, players, managers and financial backing are all in place for a cracking Indian Super League.

Even if they draw in just 10% of the crowd the IPL do, it will be a great success. So cricket will have to face this amazing sport which will become a noisy Neighbour just as Manchester City are to Manchester United.