Six things that have changed since the last El-Clasico

SIx things that have changed since the last El-Clasico: Change of rear guard for Barcelona, Extended Battle of the South Americans, No Angel Di Maria, Ronaldo has upgraded.

El-Clasico or more harshly the El-Cashico as the number of money spend by both these clubs suggest, the 260th  fixture between both of these sides will be nothing less than a nail biting finale. This early in the season, with both sides in such form that they could mitigate even the best in business, Carlo Ancelloti’s Real Madrid and Luis Enrique’s Barcelona will go for each other’s scalp when both of them will meet tonight. 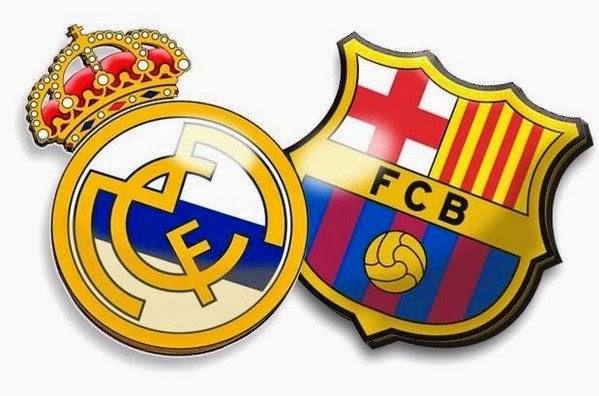 When Real Madrid won the all Madrid finale last season to claim their 10th Champions League title, we might have thought that cooled the fire that was burning inside the Real Madrid personnel after seeing off the brest Barcelona side from 2008-2012 under Pep Guardiola. However that notion was dismissed the moment this season started as Ronaldo’s current form is nowhere to be seen in the history. And with Real Madrid putting 30 goals in their last 7 games at a staggering ratio of 4 goals per game past their opponents, Carlo Ancelloti might feel this is the best time to face Barcelona this season. However ironically is, Luiz Enrique might be sharing the same feeling!

Probably for the 1st time since the departure of Pep Guardiola, both Real Madrid and Barcelona will feel that this is the best time to face their opponents.

Barcelona on the other hand, were looking to forget their horrendous last season in which the Catalan giants finished 2nd with no trophy in sight. Change of guard both at the managerial as well as on individual basis has helped the European giants to be goal-less when it comes to conceding goals this season on domestic basis. And with no goals conceded in the last 720 minutes of League football, Luis Enrique might feel that his defense might serve as the best barricade to stop the flood of goals, Real Madrid have scored this season.

Here are the six things that have changed since last season El Classico that happened on 23rd March in LA LIGA.

Change of rear guard for Barcelona
For a keeper who made more than 380 senior appearances for Barcelona in his whole career, Barcelona were cued to miss the services of their Mr. reliable Victor Valdez. But the form shown by Chilean Claudio Bravo in LA Liga has rubbished all rumors with 1.38 saves per game adding to his mettle. So Barcelona might feel they have got a like to like or maybe -an even better replacement of Victor Valdez. And with Mathieu the newest addition to their squad’s defense, Barcelona have an altogether different defense than last season.

Dilution of Spanish base in midfield with foreigners
Last time both these sides met, Xabi Alonso was in the heart of Real Madrid midfield as the current Bayern Munich superstar was pulling the strings at Santiago Bernabeu. Likewise, the duo of Xavi and Iniesta were playing the same game they have been playing successfully for years. But bypassing the World Cup, both the Spanish sides decided to polish their mettle as players like Ivan Rakitic and Toni Kroos signed for Barcelona and Real Madrid respectively. And now with both of them successful in their midfield roles, Xabi Alonso for Real Madrid and the trinity of Spanish midfield for Barcelona with Cesc Fabregas gone, seems a distant memory.

Extended Battle of the South Americans
Although this has been the case of many years since both Ronaldo and Messi seem to ignite their South American rivalry in the populous fixture, the rivalry will grow into this match as both of the Spanish giants have recruited more South American superstars into their sides. Although James Rodriguez started his Real Madrid career in a conventional fashion by being in the 1st team from the 1st match-day, you cannot ignore the threat of Luis Suarez even though he hasn’t touched a ball in Official Barcelona shirt since signing from Liverpool.

No Angel Di Maria
Although the Argentine will be playing his 1st crucial match for Manchester United this weekend as the Red Devils will take on an un-scathed Chelsea side, the highlights of the man who made the most assists last season for Real Madrid will be rewinding in the brains of Real Madrid faithful. From that direct assist to Karim Benzema followed by a couple of tricks to his name, Angel Di Maria’s ghost in Santiago Bernabeau might haunt Carlo Ancelloti provided an unwanted result comes his way on Saturday.

Pressure will be on Real Madrid
Last season while both of these sides met, a Barcelona win courtesy to a controversial penalty ended the LA Liga title race for their fierce opponents  Although it sounds naïve that pressure will be on Real Madrid seeing the greatness on this fixture, but the fear of failure is the biggest threat any team can have. This time however, this will not be the case but a defeat to Real Madrid will mean that they’ll be lagging the Barcelona side by 7 points. So no matter if they score 20 goals more than them till the end of this season, it’ll be the points that’ll matter then and points that will matter come end of this match.

Ronaldo has upgraded
With Ronaldo’s performances epitomizing the greatness this player have since he started for Manchester United, this season he has gone a level up or maybe two if you consider the ballistic form he is in. Last season while he took 13 games to score 15 goals in LA Liga, which was a major reason of Real Madrid coming third fiddle at the end of season, he has just taken 8 matches to manage score 15. So while Barcelona can claim their defense is the best in Europe’s top 5 leagues still now, that claim will be on the punching bag if Ronaldo could continue his form of guiding missiles into opponents’ net.