Premier League defending Champions Manchester City will host Tottenham Hotspurs at Etihad stadium tomorrow in an early game which will be the first game arsenal of the Premier League after the international break. 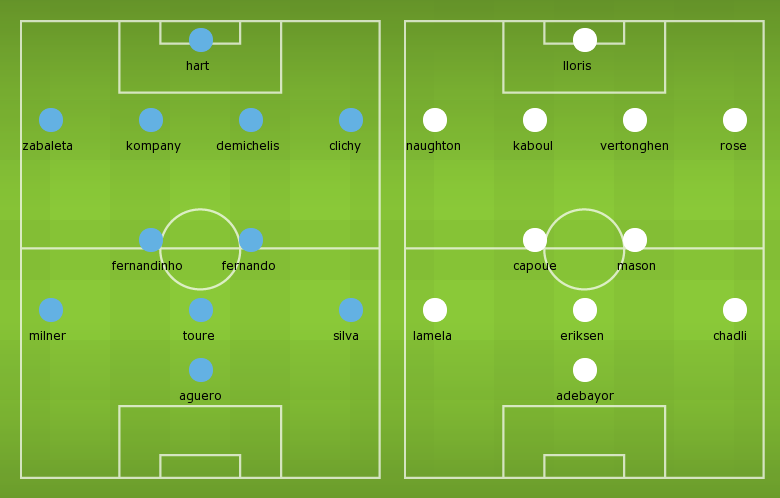 Team news:
Manchester City summer signing Eliaquim Mangala is out with a thigh injury. He also missed a game for France few days ago.
Samir Nasri is the other player concerned; the former Arsenal attacker is out with groin surgery. The rest squad is completely fine.

While for the away side, Tottenham stopper Hugo Lloris who suffered a thigh injury during his international duty will be checked before travelling to Manchester.
Nacer Chadli and Emmanuel Adebayor will hopefully be returning from their injuries. But full-backs Kyle Walker and Kyle Naughton remain sidelined.

Prediction:
Manchester City 4 – 1 Tottenham Hotspurs, a one sided game, City will surely enjoy this one.