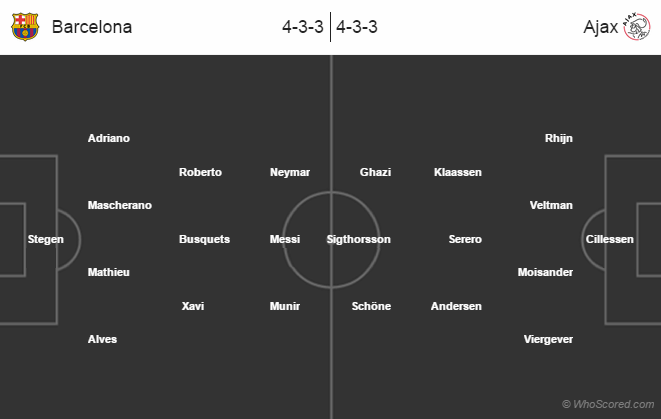 Team News:
Barcelona summer signing Luis Suarez is set to make a come back in the next game as he will serve his last game suspension tonight.
Duo defenders Douglas and Thomas Vermaelen both are doubtful for this clash due to their injuries.

While for Ajax, Viktor Fischer is set to miss this game with an injury but Nicolai Boilesen and Thulani Serero might make a return.
Serero and Fischer both have a hamstring problem.