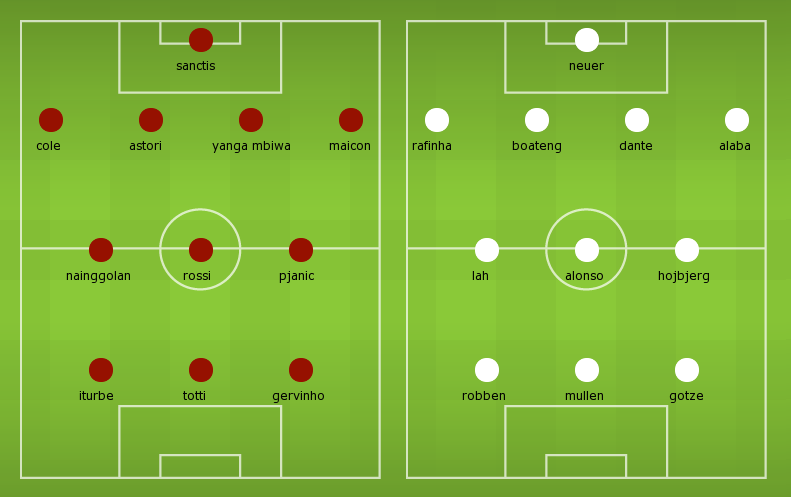 Roma boss Raul Garcia will be without the above four players who all are out with thigh injuries. While striker Juan Iturbe and former Arsenal winger Gervinho is expected to be back in the starting lineup.

Meanwhile for the away side, Pep Guardiola might be starting with the same lineup as that of last game against Werder Bremen. Star players Robert Lewandowski and Franck Ribery are likely to start from bench.