Liverpool are set to host West Bromwich Albion at Anfield today at 15:00 BST.


Liverpool boss Brendan Rodgers is looking for the second win at Anfield of the season. They have only won a single game at Anfield which was in the first gameweek against Southampton. 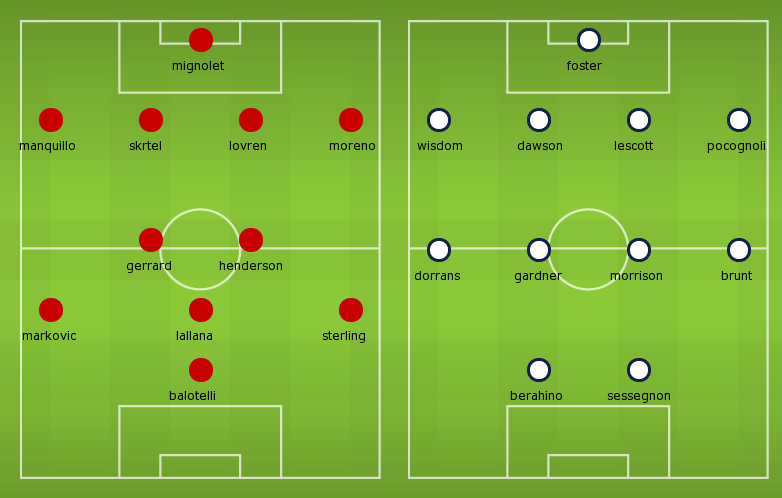 Team news:
Liverpool star striker Daniel Sturridge continues with his thigh injury. The 25-year-old who signed a long term deal yesterday will be missing another Liverpool game.
While right-back Glen Johnson and Jon Flanagan, center-back Mamadou Sakho, midfielders Joe Allen and Emre Can are are out with their respective injuries.

While for the away side, good news for WBA is that Chris Baird is back but Strikers Brown Ideye and Victor Anichebe are set to miss this clash, Saido Berahino will be leading the front line. Winger Silvestre Varela is also out with hernia problem.