#457598310 / gettyimages.com
Stats:
Team News:
Liverpool boss Brendan Rodgers might start with the same team as of the last game against Queens Park Rangers. Liverpool striker Daniel Sturridge is out with his calf injury along with youngsters Jon Flanagan and Suso. While French center-back Mamadou Sakho is doubtful for this clash.

Meanwhile for the away side, world record signing Gareth Bale is out with an injury and Isco is likely to start inplace of the Welshman. Real Madrid veteran defender Sergio Ramos did not not travel due to his calf injury. 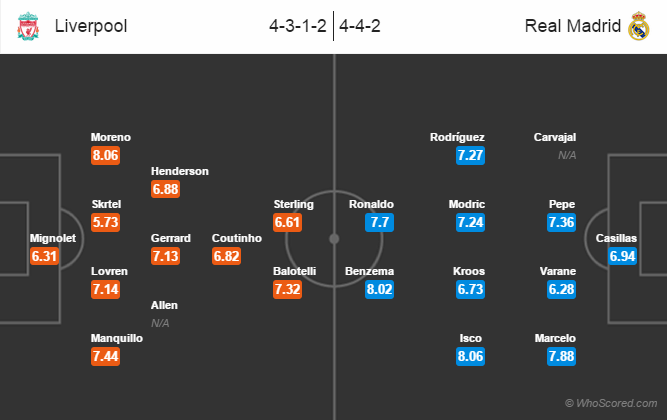 Prediction:
Liverpool 1 – 2 Real Madrid, a tough game for both the sides and an entertaining game for the viewers.