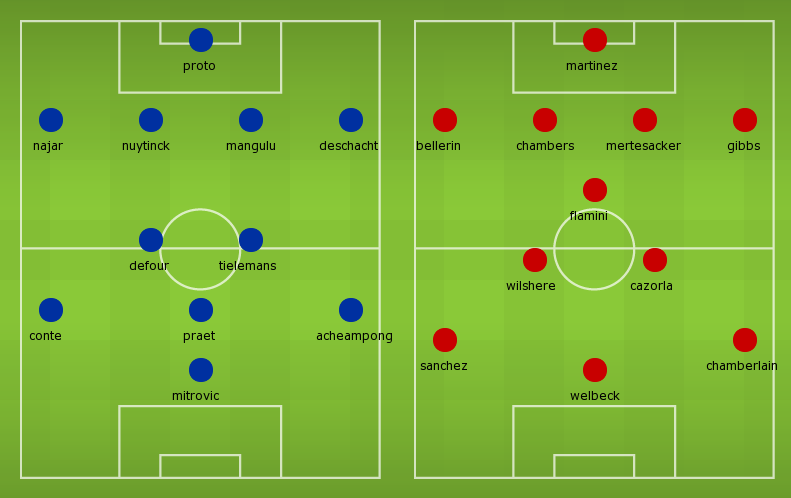 Team News:
Fabrice N'Sakala and Bram Nuytinck are the only two concerns for the Belgian side. N'Sakala is likely to miss this clash but center-back Nuytinck could make a return after missing out last game against Mechelen,

Meanwhile, Arsenal boss Arsene Wenger continues to struggle with his long injury list. Olivier Giroud, Mesut Ozil and Mathieu Debuchy all are out. Goalkeeper Wojciech Szczesny has to suffer suspension and David Ospina is injured, 22-year-old stopper Damián Martinez will get his first surprising Champions League start.
Theo Walcott might be starting from the bench.