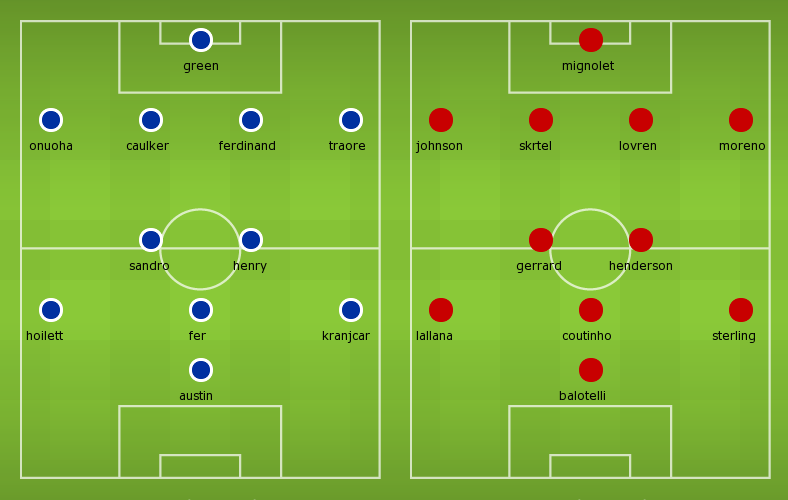 Team News:
Queens Park Rangers are without duo midfielder Joey Barton and Jordon Mutch who are both out with hamstring injuries.
Niko Kranjcar might return with his toe problem but Alejandro Faurlin is sidelined for a long time.

Meanwhile for the away side, Liverpool star striker Daniel Sturridge has suffered calf problem in a training season which will kept him out for atleast 3 weeks.
The Englishman returned from his thigh injury recently but got injured once again. He has missed seven games for the Reds.
Summer signing Dejan Lovren is likely to be back along with Joe Allen and Emre Can.

Prediction:
QPR 1 – 4 Liverpool, looks like an easy fixture for Liverpool.