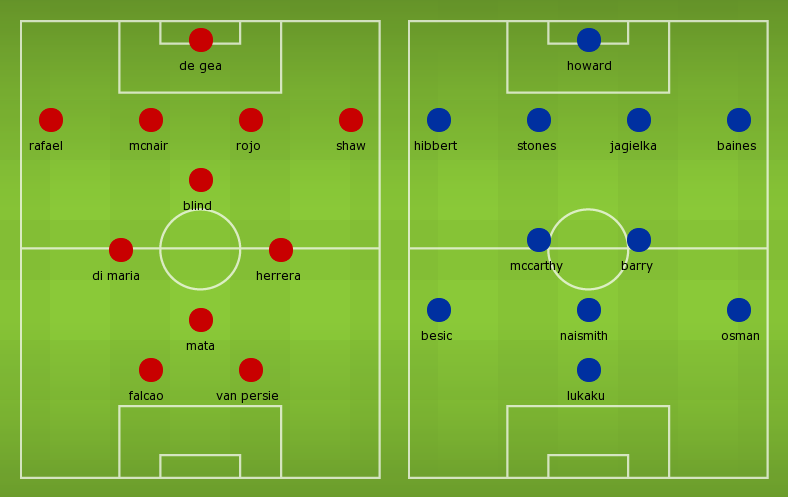 Team News:
Macnhester United captain Wayne Rooney is set to miss this game due to suspension.  While center-back Tyler Blackett is back from his ban but might not start as boss Louis van Gaal said that Paddy McNair is likely to start after an impressive display against West Ham.
Defenders Chris Smalling, Jonny Evans, Phil Jones and midfielders Michael Carrick, Ashley Young all are out with their respective injuries.
Belgian midfielder Marouane Fellaini is likely to be on bench as he has reovered from an ankle problem.

While for Everton, star midfielder Steven Pienaar is doubtful for this clash along with defender James McCarthy and Seamus Coleman, Belgian attacker Kevin Mirallas and English midfielder Ross Barkley are sidelined with a hamstring and knee problem, respectively.

Video: Watch what LVG has to say for Everton.