When Liverpool departed from London and were back on the M6 going back home after a nervy win against Queens Park Rangers in the Premier League, thoughts might have been surrounding the minds of the think-tanks riding the bus that what will happen when this defense ridden team face the team which has scored more than 25 goals in last 6 matches. Although there aren’t many positives when a Liverpool fan will look at the outcome of that particular fixture, one thing is for sure Liverpool won’t be any push-over for the 10time Champions. 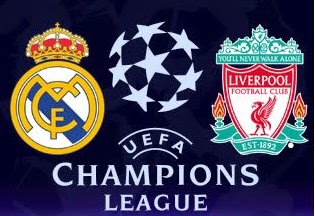 Here are the five reasons cementing the fact that when the five time Champions of Europe will land in Anfield after back-to-back wins, Real Madrid would have to be at their very best defeating the Scousers.

Record
Although I may sound like a passionate Liverpool fan strutting around the history books, Liverpool fans have a reason to believe that history will be on their side. From that 1981 UEFA Cup final in which an Alan Kennedy goal sealed the cup for Liverpool, to that much un-characteristic win against Real Madrid at the Bernabeu which was followed by a thumping 4-0 win at Anfield, Liverpool are always at their best against the best of teams- not only Real Madrid.

Crowd pressure
There hasn’t been a goal since now in football history that has been legitimately scored by the fans, however when the ball didn’t went over the line but the crowd literally forced the referee to give the goal, Jose Mourinho believed the pressure all the ranks of Anfield bring when they sense someone is going to stop them from something big. As Never Leave Anfield Early has been a rhetoric for Liverpool fans, game against QPR was a mere proof although Liverpool were sitting 288 miles away from their beloved home. That’s the reason why when Ronaldo and Co. in their red hot form will visit Anfield on Wednesday, they are in for a shout they might have never witnessed before.

Steven Gerrard
From being the sole owner of the criticism Liverpool enjoyed last season after gifting the title to Man City to the grandeur critic he received when England came back early from Brazil, these last 3 months haven’t been fair to the Liverpool skipper. And this might be the night of redemption for the man who has waited patiently 5 long years to steer his team back amongst the European elite. So the stage is set, and there can be only one shot stopper, and the Scousers don’t like when an opponent stole the show, therefore over to you Mr. Gerrard.


History
From that Steven Gerrard header that guided Liverpool from 3-0 to 3-3 in Milan, to that screamer against West Ham in 2006 FA Cup final in injury time to halt the celebrations of Londoners, and from that comeback against Manchester City to come back from 2-0 down to defeat them 3-2 away from home, to that 1982 League cup final when Liverpool held it late to defeat Tottenham 3-1, if you have any doubt this team won’t be at their best in the best of fixtures then you are barely wronged.

Recent failures
What would you call a team who had to score a goal in the last kick of match to salvage three points because they can’t defend before, yes it’s Liverpool this season. Although it may sound a bit harsh, only Martin Skrtel have been the standout performer for Liverpool this season and Lovren is looking like a boy that has been thrown into the limelight from the corner of tiers.

Therefore Liverpool have a chance, no matter how slim, if they could give this fixture what it deserves, people of Liverpool are gentle enough to forget their heroes no matter what they have done before. They won’t brag about the stats, number of misplaced passes, shots going away from 3 yards by a certain Balotelli, only they will talk about this fixture for months because this is where they actually belong. And if you could ignite in them the passion of being there, certainly Liverpool players would be forgiven whole heartedly by the fans.