Real Madrid will host Barcelona in the 85th La Liga meeting at Santiago Bernabeu. This will be 228th meeting between these two sides in total.

Also Read : Six things that have changed since the last El-Clasico

Team News:
Real Madrid world record signing Gareth Bale is out, he missed the Champions League game against Liverpool on last Wednesday. Alvaro Arbeloa is also expected to be replaced by Dani Carvajal.

For the away side, Luis Suarez has returned from his four month suspension and is hopefully be in the starting eleven.
Javier Mascherano is likely to keep his place despite of Sergio Busquets’s availability. 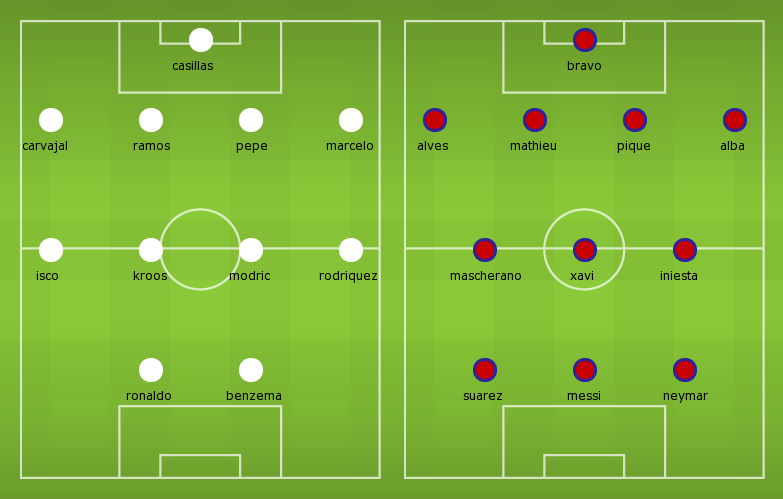 Predict your scoreline below.