Barcelona have always been a top club, producing quality players since long. Only two players are from current Bara squad while some have left and some have retired. 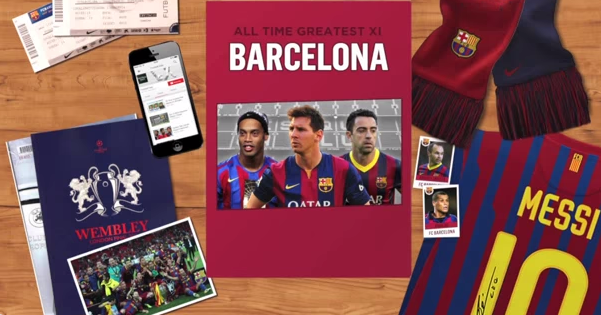 Below is the Greatest Barcelona XI of all-time.

Right-Center-Back: Carles Puyol (1999–2014)
Former Barca captain played 15 seasons at Camp Nou before announcing his retirement in 2014. He made 593 appearances for Barcelona.

Center-Back: Ronald Koeman (1989–1995)
Koeman who played six seasons was one of the best center-backs of his time. He scored 88 goals in 264 games. He also used to play as a defensive midf

Right-Center-Midfielder: Xavi (1998- Present)
Barcelona veteran midfielder is currently playing his 16th season at Camp Nou. He has made 731 appearances since 1998.

Center-Midfielder: Pep Guardiola (1990-2001)
The former Barca midfielder and manager spent 11 seasons at Camp Nou before moving to Italian club Brescia in 2001. He made 366 appearances for the Catalans.

Left-Center-Midfielder: Michael Laudrup (1989-1994)
Barca signed him from Juventus in 1989, he spent five years before leaving the Catalans for Real Madrid. He played more than 200 games.

Left-Winger: Johan Cruyff (1973-1978)
The Dutch midfielder made 174 appearances during his five years at Barcelona.