Arsenal turned into a different side since Arsene Wenger took the charge of this London based club. He scouted, developed players like Thierry Henry who were sold for big money after shining for the Gunners. Wenger also took Arsenal to an unbeaten run of 48 games. 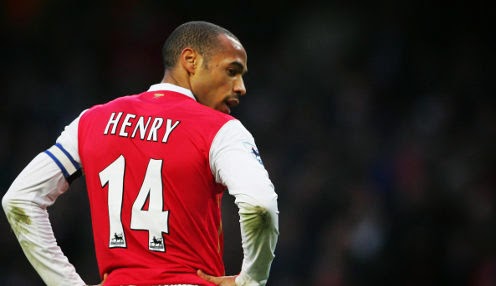 Below are the all-time greatest Arsenal eleven, majority of them were the part of THE INVINCIBLES.

Goalkeeper: David Seaman (1990-2003)
David Seaman was not only Arsenal’s best goalkeeper, he was also one of the finest stoppers of his time. The 51-year-old spent 13 years at Arsenal and played more than 500 games.

Right-Back: Lee Dixon (1987–2002)
Playing fifteen years for Arsenal and making more than 600 appearances in all competitions simply makes him the best right-back in Arsenal’s history.

Center-Back: Tony Adams (1983–2002)
Former Arsenal captain Tony Adams played more than 500 League games for Arsenal in his 19 years of stay in London. He lifted many FA Cups and League titles.

Center-Back: Sol Campbell (2001–2006)
Despite of spending only five season, he still deserves this spot due to his contribution. He was signed from Tottenham Hotspurs and later became the part of the INVINCIBLES. He made 135 League appearances.

Left-Back: Ashley Cole (2000-2006)
The 33-year-old is currently playing for Roma after spending successful years at Arsenal and Chelsea. He played six seasons before joining the Blues in 2006.

Right-Midfielder: Freddie Ljungberg (1998-2007)
The 37-year-old Swedish footballer played from 1998 to 2007 for the Gunners. He made more than 300 appearances and won Premier League and FA Cups.

Center-Midfielder: Patrick Vieira (1996-2005)
The 6ft 4in midfielder played nine wonderful years at Arsenal. He made around 400 appearances before leaving for the Italian side Juventus.

Center-Midfielder: Cesc Fabregas (2003-2011)
Despite of his Chelsea move this summer, he is still loved by Arsenal fans. The Spanish midfielder is the second player in this list who is currently playing football after Ashely Cole. He made 303 appearances in Arsenal jersey before moving to his childhood club Barcelona in 2011.

Left-Midfielder: Robert Pires (2000-2006)
The Frenman was signed from Marseille in 2000 and became one of the best Arsenal midfielders. He played more than 200 games in his six years of stay.

Forward: Dennis Bergkamp (1995-2006)
The Dutch striker played 8 years at Arsenal before announcing his retirement. He scored 120 goals in 423 games. He was not the goal machine as Henry had that duty.