Team News:
In form Chelsea striker Diego Costa will start this fixture despite having a minor hamstring injury. Didier Drogba who has a wonderful goal scoring record against Arsenal is sidelined along with Brazilian midfielder Ramires.

For the away side, Arsene Wenger have the same list of injured players, Mikel Arteta, Aaron Ramsey, Abou Diaby, Mathieu Debuchy Olivier Giroud and Yaya Sanogo all are out with their respective injury.
Wingers Theo Walcott and Serge Gnabry are likely to be back after the coming international break. 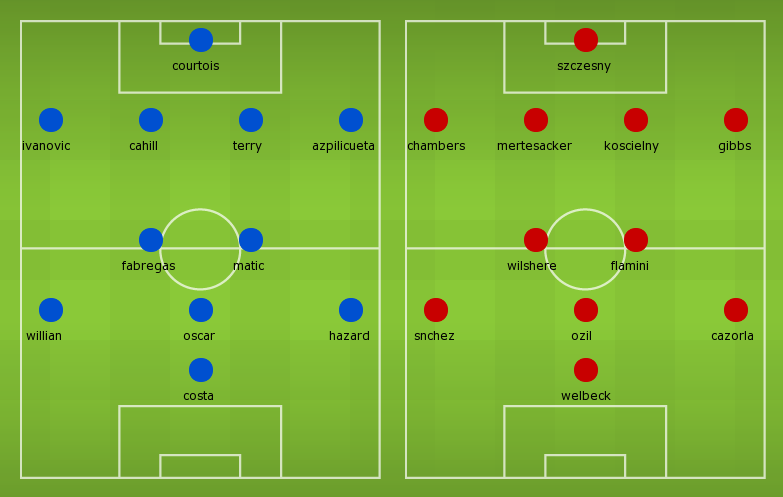