After Real Madrid suffered a bad start to the season with defeats against Real Sociedad and Atletico Madrid adding fuel to fire, the Portuguese talisman seemed to have taken the entire LA LIGA by storm after his recent relentless displays against every opposition. By scoring 13 goals in just 7 games, there are only 3 teams in the entire LA LIGA that have scored more than the Portuguese talisman. So whether you like him or not, Cristiano Ronaldo against any opposition in the world now seem a horrible scenario for the opposition fans.


Last night brought yet another hat-trick for Cristiano Ronaldo. This is his 3rd hat-trick in last 4 league games. Deportivo, Elche anrd Athletic Bilbao are those sides which became victims of Ronaldo’s superior form. With 3 goals against Athletic last night, Ronaldo equals Alfredo di Stefano’s record of most hat-tricks (22) in La Liga. And considering his extraordinary run, he may well break this record in his next game.


Ronaldo is currently the top scorer in Europe’s top 5 leagues with 13 goals. 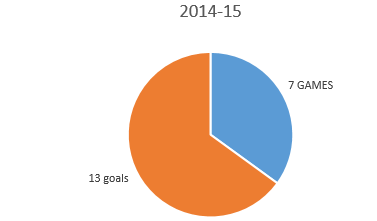 Another interesting fact regarding Cristiano these days is that the Portuguese has scored more goals per game than 91 of 97 teams in Europe’s 5 Leagues. He is scoring at a whooping rate of 2.17 goals per game which is not less than amazing.

In 7 League games so far, Ronaldo has already scored 13 goals so far. He is recording a goal after every 41.5 minutes.  In 2 Champions League games, the Portuguese winger has scored only 2 goals, which seems poor if you look at it by his own standards. Here is a brilliant graphic showing Ronaldo’s performances in a white shirt: 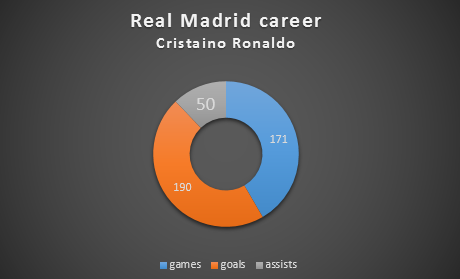 So just before 100 days of Ballon d’Or ceremony, Ronaldo is hitting peak form. And if he can continue this streak for longer period of time, there won’t be any problem for Cristiano Ronaldo to retain that award.