Winners and Losers of Summer Transfer Window in Top 4

With the Summer Transfer Window done and dusted, let’s look at the winners and losers amongst teams who finished in top 4 positions of Premier League last season. All the four teams have tried very hard to strengthen their squad from last season and big amount of money was consumed. A net total of £115.8 Million was spent among Chelsea, Manchester City, Liverpool and Arsenal in the last 3 months. Players were assembled and now teams have finalised their 25 men squad for this season. 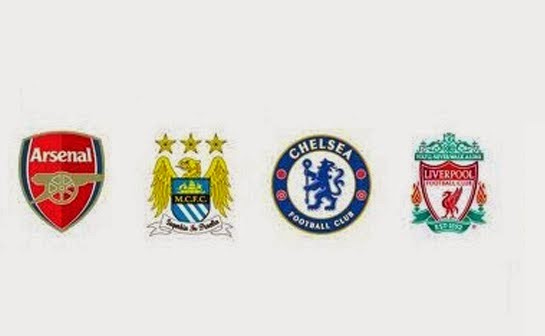 Winners
Chelsea FC are the clear winners, not only in the top four but in the whole Premier League as well. First time in his managerial career, Jose Mourinho made a lot of money by selling his players. Their net spend was only £7.8 Million, which is the least figure among top 4 teams. This net spend rate is even less than Burnley and Hull City. Jose Mourinho sold David Luiz for £50 Million which is considered as finest piece of business by the Special One.

He used his money to buy a top class striker in the form of Diego Costa and a key midfielder in the form of Cesc Fabregas for £28 Million. Chelsea FC lacked a goal scoring striker and that’s the exact reason why they had a trophy-less last season. They did almost all their transfer business at a very impressive pace and that too with a minor loss. And to add much more glory, Chelsea signed Loic Remy. At Chelsea now, they have 2 really good options at every position. Squad depth will be a key for their success in this season.

Losers
Arsenal started this transfer window in an impressive way by signing Alexis Sanchez from Barcelona. Wenger managed to get Sanchez from the jaws of Liverpool. Calum Chambers and Mathieu Debuchy were added to the squad and it looked like a successful start. But as time passed by, frustration started to grow in Arsenal ranks. Their inability to sign a strong central midfielder was criticised throughout the transfer window. And with the sale of Thomas Vermaelen, other loop holes were clear in Arsenal squad.

After starting their transfer business with a bang by capturing the Chilean Sanchez, Arsenal seemed to be out of the race after then.

Now with a long term injury for Giroud, there are testing times for extremely thin Arsenal squad. Arsene Wenger may have signed Danny Welbeck at the transfer deadline day but there squad is still vulnerable to compete at all fronts. Now Arsenal are going into an extremely busy season with only 3 central defenders. So Arsene Wenger is taking too much risk which could be costly for them at the end.