Top 5 teams to watch this season

The summer transfer window that followed the upcoming League football this season saw a staggering amount of money changing hands. While Manchester United can be counted among those that have altogether changed the plan of how they will play this season, clubs like Real Madrid, Chelsea and Bayern Munich have only made necessary additions to counter for the title. 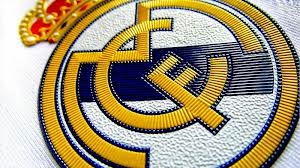 Here are the five sides that are most exciting to watch this season in terms of the attacking flare that they are expected to offer in the coming months.

Real Madrid:
Who else then a side which takes almost every transfer window by storm and infuriates its opponents. Having spent more than 80 million pounds to acquire the services of James Rodriguez and Tony Kroos much less than their rivals Barcelona, the Galacticos were expected to come out all guns blazing. However under the managerial ship of Carlo Ancelloti, the Spanish side have taken some time to gel after which in the last 2 weeks, they are ripping sides apart for fun. Apart from the fact that Ronaldo has scored 2 hat-tricks in as many matches, other players i.e. Rodriguez and loan signing Hernandez are also proving their worth. From now on, they will be a side to beat for every team across the continent.

Real Madrid has scored 18 goals in last three matches at a staggering rate of 6 goals per game.

Barcelona:
Four matches, four wins no goals conceded, who expected this from Luis Enrique when the former Celta Vigo manager took charge at the Catalan giants. However, being a former Barcelona player with the Barca policy embedded in his heart, the Spaniard has taken his team to new level of greatness in LA Liga. In the absence of Luis Suarez and an on-hand task of binding Messi and Neymar upfront to deal with, Barcelona has showed no signs of complacency so far in this season and with Luis Suarez still to come in such a brilliant unit, goals galore is expected from Barcelona till the end of this season with a better defensive unit.

Luis Enrique is the first coach in Barcelona history not to concede a goal in first 4 matches’ in-charge at the helm.

Manchester United:
As the change of faces at the back-room staff didn’t helped Manchester United last term out, another change followed by a hoard of new faces this time on the pitch is the new policy acquired by Glazers. Apart from their position in the League table which is far from good, United undoubtedly have a season to look forward to as players like Angel di Maria, Radamel Falcao and Daley Blind have changed loyalties to spend their lives in Manchester.

Di Maria who was the assist leader last season in most of Europe had joined his forces with Rooney, Van Persie and Falcao as the attacking trinity mentioned latter will look to get the maximum out of the Argentinian. As a result, United might and should become a force to be reckoned with this season in England with no European football in sight.

Bayern Munich:
Being the supplier of the World Champions after becoming the back-yard of a feared Germany side, Bayern Munich have so far failed to exceed the expectations. With 5 matches gone and already at the top of the pier, the German side looked less impressive in the first 5 weeks of the season however since humbling Manchester City with an all-round performance that was not visible on the final score-line and after acquiring the services of Robert Levandowski and Xabi Alonso from rival clubs with a policy that if you can’t beat them, buy them – probably in their minds, the Bavarians are another exciting prospect this season.

Chelsea:
Before the start of this season and after seeing off last, Jose Mourinho and exciting football seemed antonyms to one another however since the start of this season and having already scored 16 goals in 6 matches, Chelsea have suddenly ripped out all curtains that were stopping them last season. While Jose Mourinho Real Madrid side scored past a century of goals every season during his tenure in the domestic competitions alone, the Portuguese has probably decided to approach that policy again, however with more experienced players, and by acquiring services of Cesc Fabregas, Diego Costa and Loic Remy, Jose Mourinho has strengthened his armor, but this time with an approach of vengeance as indicated by the recent humbling of sides that came against them.