Barclays Premier League is the world’s most watched football league. It has lucrative TV rights and extremely high ticket prices. There is extreme investments in its clubs form billionaires all around the world. As a result of which, its players make heavy money and same is the case with English Clubs. In a race to be more successful than others, English Clubs are investing heavy money in new players which can bring glory to their squad. Nowadays, transfer fees are swelling by leaps and bounds. 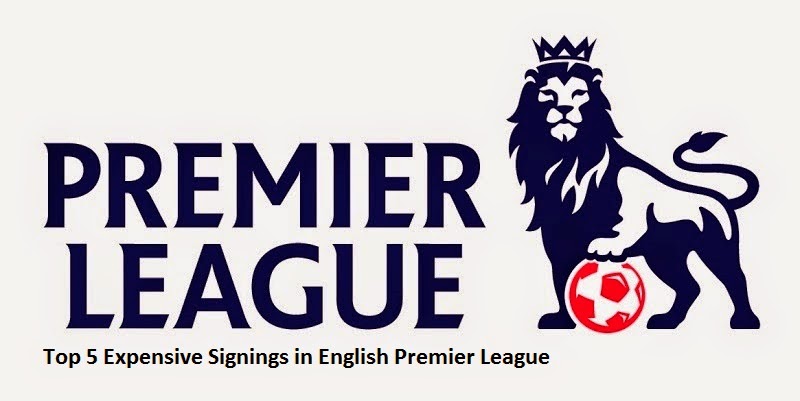 Angel Di Maria: £59.7 Million
When Manchester United were desperate to bring in some world class talent in their team, money didn’t matter. Similar is the case with this transfer. The Argentine was unveiled by the English Club in the last week of August and he is the most expensive player in Premier League History. Manchester United have to see off French Money Giants PSG to land the Argentinian's signature and they believe that this signing might turn their season for good.

Fernando Torres: £50 Million
If you look at the most expensive flops in football history, Torres will always be leading the charts. The Spanish Striker was brought in by Chelsea from Liverpool in 2011 with high hopes. A British record transfer fee at that time was paid. Having scored against teams like Real Madrid which are one of his most notable performances, The Spaniard failed to make the same impact for Chelsea as his London career seems to be over after a two-year loan offer was agreed by Chelsea from AC Milan

Mesut Ozil: £42.4 Million
Just when Arsenal fans thought last season that the transfer window would be another dead rubber for them, Mesut Ozil emerged as a saviour as Wenger stunned the English Premier League with his approach in the transfer market. He was brought from Real Madrid to Emirates in summer 2013. Ozil has so far found it very hard to settle his boots in English Football but he has all the qualities to be successful in coming years.

Sergio Aguero: £38 Million
When Sergio Aguero was signed by Manchester City, clubs like Real Madrid were howling like vultures around the super-star player. However in addition to the money being offered by Manchester City for Aguero, it was the players’ loyalty towards Atletico Madrid that barred him moving clubs by remaining in Madrid.
Aguero has been one of the most clinical strikers in Premier League at the moment. He has played a key role in Manchester City successful campaign over the last few years and is worth of such a high price tag.

Juan Mata: £37.1 Million
Another Spanish player in this list is Juan Mata. The Spanish Footballer was brought in by Manchester United from Chelsea in January 2014 and since then, he is an integral part of Manchester United squad.