West Ham United will play Liverpool today in a late Premier League fixture at Upton Park.
The home side are looking for the second win of the season while Liverpool who lost to Aston Villa last weekend is eyeing for a third win.


TEAM NEWS:
West Ham boss Sam Allardyce has the same squad to choose from like last weekend, none of the injured players are returning for the Liverpool clash.
Andy Carroll, Matt Jarvis, Kevin Nolan and Joey O'Brien all are out while James Collins is a doubt for the game. Full-back Carl Jenkinson and midfielder Alex Song might make their first start for the Hammers.

Meanwhile, Liverpool center-back Martin Skrtle is ready to face West Ham after returning from a knee problem. He missed three games for the Reds.
Right-backs Glen Johnson and Jon Flanagan are still out along with Joe Allen and Daniel Sturridge who is set to make a return from a thigh injury next weekend hopefully. 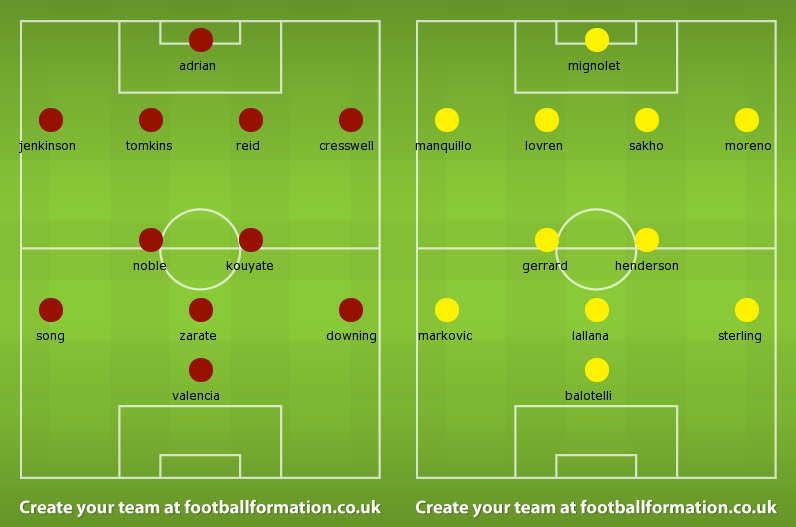