City have not been in top form this season, they are still finding what they need to get. While Chelsea are the only side unbeaten in Premier League.


TEAM NEWS:
Manchester City duo Stevan Jovetic and Fernando are still out along with Edin Dzeko who suffered a back problem in a Champions League game against Bayern Munich but is expected to be back.
Former Chelsea player Frank Lampard could face his Chelsea today while Eliaquim Mangala is still eyeing for a debut.

Meanwhile, Premier League top scorer Diego Costa is set to start despite of a minor hamstring injury.
Chelsea boss Jose Mourinho has no other injury concerns. 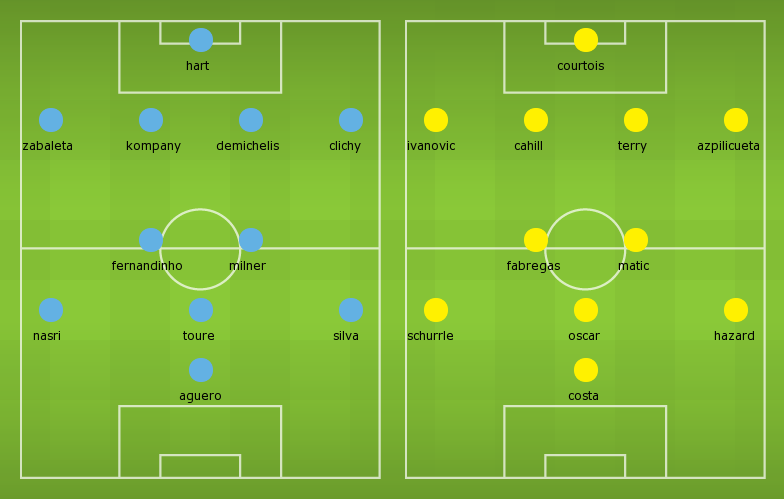 PREDICTION:
Manchester City 2 – 1 Chelsea, it will be a very interesting game.