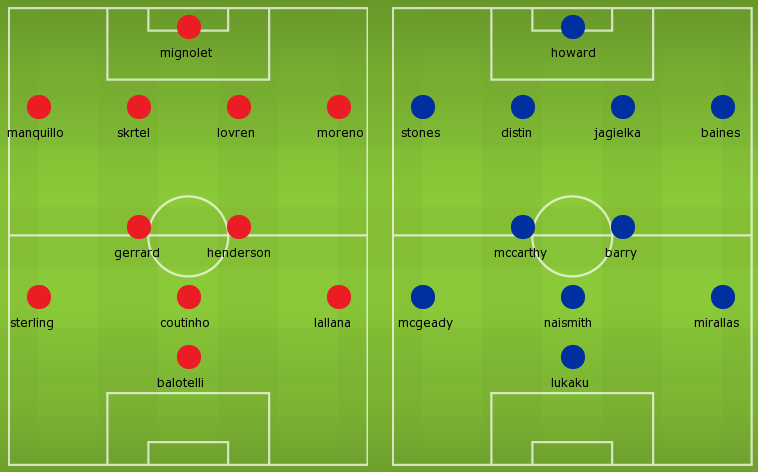 
Team News:
Liverpool star striker Daniel Sturridge is hopeful to take part in this Merseyside Derby while full back Glen Johnson, Jon Flanagan, midfielders Emre Can and Joe Allen are all out with their respective injuries.
Jordon Henderson had a slight knock in hip and Philippe Coutinho had a groin problem but now are fit to play and will hopefully start.

Meanwhile, Everton duo Ross Barkley and Arouna Kone both are out with knee injury while Seamus Coleman and Steven Pienaar are doubtful for this clash. Coleman has missed the last two games with his head injury while Pienaar suffered thigh problem in the second game of the BPL.

Prediction:
Liverpool 2 – 1 Everton, with Sturridge return, Liverpool will totally have a different attack.