Aston Villa have won only a single game in the last past five meetings with Liverpool. The last time Liverpool lost at Anfield against Aston villa was in 2009-2010 BPL season.

Liverpool will face Aston Villa today in a late game at Anfield. Aston Villa are unbeaten in the first three starting games of this season while Liverpool have already lost a game against the defending Champions Manchester City.

The big issue for Liverpool boss Brendan Rogers is of a striker as Daniel Sturridge is out for three weeks with a thigh injury. The Englishman suffered during a training session at the England camp. While Emre Can, Martin Skrtle, Glen Johnson and Jon Flanagan are also out with their respective injuries.

Meanwhile for Aston Villa, striker Christian Benteke is out with achilles along with Libor Kozak who has a broken leg.While the rest squad is fully fit to play. 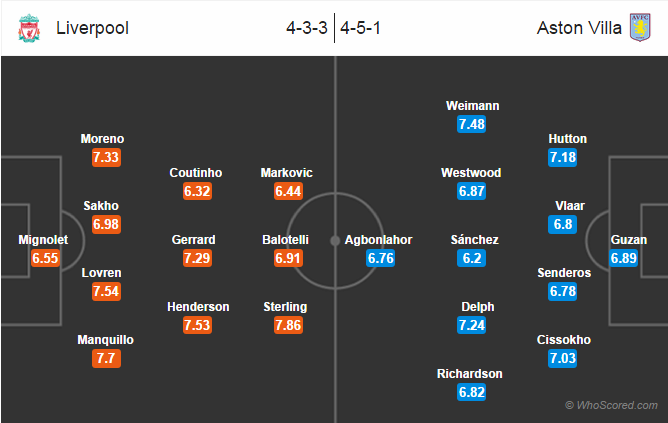 PREDICTION:
Liverpool 3 – 1 Aston Villa, new boy Mario Balotelli will be on the scoresheet.