Aston Villa will host Arsenal at the Villa Park in a Premier League game today.

Aston Villa captain Ron Vlaar is doubtful for this clash due to calf injury. Belgian striker Christian Benteke has returned to training after being sidelined for five months with a ruptured Achilles. Libor Kozak is out with a leg injury but Joe Cole is likely to feature in this game as he has recovered his calf injury.

While for Arsenal, summer signing Calum Chambers and midfielder Mathieu Flamini are both available for the selection. Both missed the midweek Champions League game against Dortmund.
Nacho Monreal, Mathieu Debuch, Yaya Sanogo, Serge Gnabry, Theo Walcott and Olivier Giroud are set to miss this clash with their respective problems. 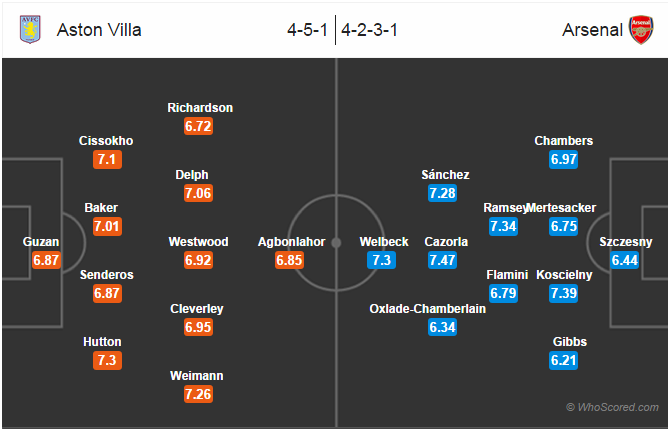 Prediction:
Aston Villa 2 – 2 Arsenal, Aston Villa's victory last weekend against Liverpool at Anfield has given them a boost which will help them in this fixture.