Another Derby of the weekend as Arsenal host Tottenham Hotspurs at Emirates Stadium in a late kick off today.
Kick of: 17:30 BST
Venue: Emirates Stadium
Referee: Michael Oliver


Stats:
Team News:
Arsenal Wenger has no new injury concerns. Mathieu Flamini is back from his injury while the rest Olivier Giroud, Mathieu Debuchy, Yaya Sanogo and Nacho Monreal all are out with their respective injuries. Theo Walcott has returned but is currently regaining his match fitness.

For the away side, Benoit Assou-Ekotto and KyleWalker are the players out. Left-back Assou-Ekotto has to suffer suspension while right-back Walker is our with a hip problem. 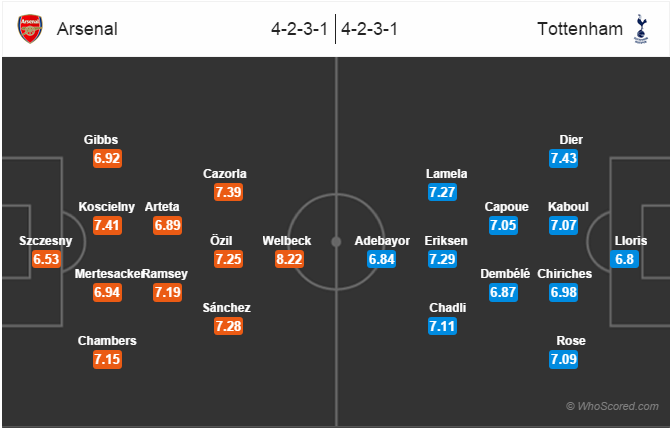