Both the sides have not shown their top form this season, Arsenal have managed to get a single win while City lost against Stoke City at home.


Team News:
Arsenal new striker Danny Welbeck is the likely one to start upfront and make his first Premier League appearance for Arsenal. But top performer Aaron Ramsey is a doubt for this clash.
Skipper Mikel Arteta has returned from an ankle problem and will be in the starting eleven. David Ospina and Kieran Gibbs has also returned from their respective injury problems.
Theo Walcott has also recovered but is eyeing for full match fitness.
Serge Gnabry and Olivier Giroud are the only players out for a long time.

For the away side, striker Stevan Jovetic and midfielder Fernando are set to miss the Arsenal trip.
Skipper Vincent Kompany has returned from a calf injury and will hopefully captain the Citizens once again.
On loan midfielder Frank Lampard and center-back Eliaquim Mangala are still waiting for their City debuts. 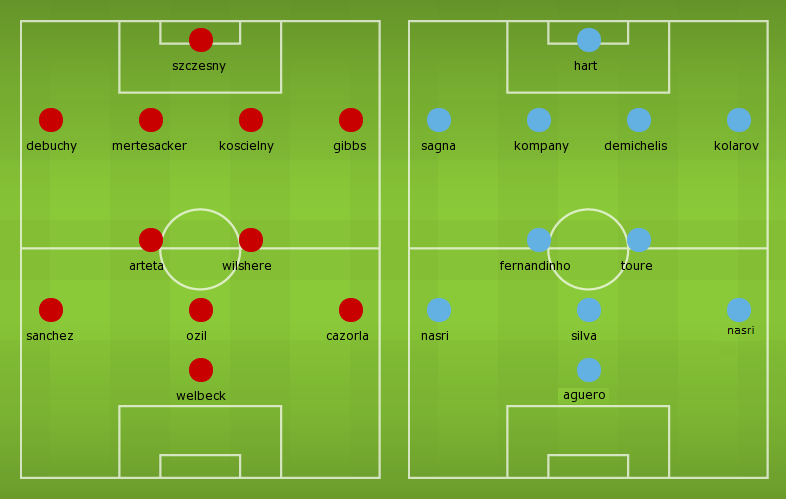