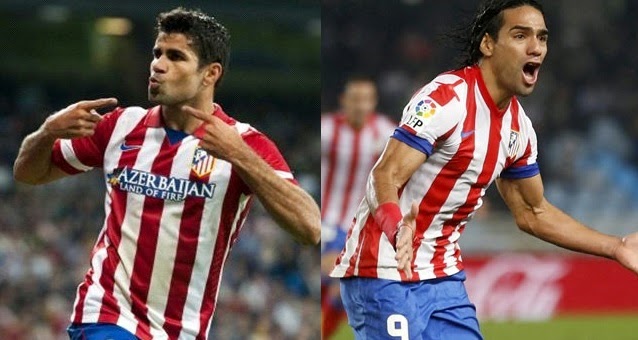 Both World Class striekr are now in Premier League. Chelsea signed Diego Costa for a fee around £32million from Atletico Madrid in July while Radamel Falcao was signed on a two-year loan deal by Manchester United on the transfer deadline day.

Last season, Costa was third highest top scorer in La Liga with 27 goals behind Lionel Messi and Cristiano Ronaldo while Falcao suffered an injury which sidelined him for almost eight months. He also missed the World Cup in Brazil.

Below is a head to head comparison based on their top season for Atletico Madrid:

Do you think Falcao can become Premier League’s top scorer?
Have your say below.