Manchester United and Liverpool…Sharing the same problem this season

“Attack wins you games, defence wins you titles” Both Liverpool and Manchester United have conceded equal number of goals this season so far in the League (8).

While there were times in the last two decades that these two sides were compared for altogether different reasons where United were sitting atop of the era and Liverpool under-going a barren spell, last season witnessed a new trend as it was Liverpool’s time to be at the right side of the table and Manchester United were suffering. However if you have thought even last season both the fierce rivals would be under-going same problems next season, pursuing a career as a palmist is more than good for you. 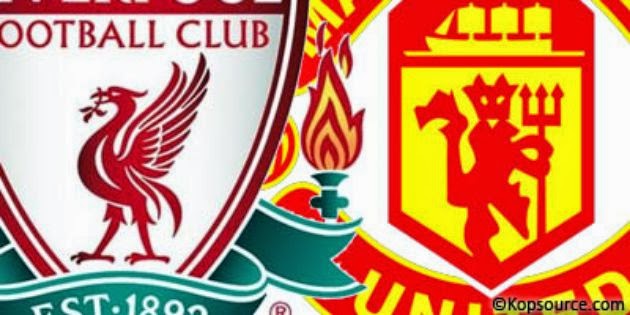 These are the golden words of a Manager who ruled over English Football for more than 20 years. Sir Alex Ferguson gave the recipe of his success in a few lines which are stated above. And time has proved he was right. While United and Liverpool are the highest spenders this season in the Premier League, both of them have been torn to shreds on their defensive theatrics so far.

Both Liverpool and Manchester United have conceded equal number of goals this season so far in the League (8).

What’s going on with the two most successful clubs in English Football history, Liverpool FC and Manchester United, has everything to do with their leaky defences. Both are sitting on 11th and 12 spot respectively.

Liverpool fell just short of a Premier League title last season and the obvious reason for missing out on the League trophy was their defence. Once Brendan Rodgers spent over £110 million in this year summer transfer window, it was believed that consumed money will help the Reds in improving their defensive showing. Lovren, Manquillo and Moreno are the 3 defenders that were bought. And after the sale of Luis Suarez, it was essential for Liverpool to be more vigilant in their defence.

But in first 5 matches of the season, the Merseyside club has already shipped 8 goals. With a Goal difference of -1, Reds are currently sitting on 11th spot in Premier League table. Liverpool have already lost 3 league games and their defensive display is all but dreadful. Maybe their strikers aren’t performing up to the mark, but with just 1 clean sheet, it’s the back four which is hurting Rodgers’ men more than anything else.

When Van Gaal spent over £150 Million in just 3 months, it was believed that near future will be bright for Manchester United. But like Liverpool, Manchester United, also missed a trick with their defence. After buying Falcao, Herrera and Di Maria, there attacking football is always a threat for opposing teams. But their defence doesn’t portrays such a bright picture. Van Gaal didn’t invested in a world class central defender and a defensive midfielder and this is proving to be a costly mistake for the united boss.  Even after scoring goals for fun, there are conceding at an even advanced rate.

Manchester United have so far conceded more than 3 goals in 2 matches already this season. After conceding 4 against MK Dons, they gave away 2 goal lead against newly promoted Leicester to lose 5-3. In a high scoring match at King Power stadium, there defensive display was even poorer than their opposing side who had spent just £14 million in the entire transfer window.

So if both of them are to disturb the elite class of Chelsea and Manchester City this season for the title race, defence is a craft that can get both of them close to challenging for the throne.