Chelsea will play Swansea City and will hope to maintain their top place for the fourth time this season.
Chelsea and Swansea City are the only two sides who have won all the three starting games and are sitting on first and second place of the table.


TEAM NEWS:
Chelsea and Premier League top scorer Diego Costa is a doubt for this clash with a hamstring injury. New signing Loic Remy is the likely one start in palace of him. Blues boss Jose Mourinho has no major injury concerns ahead of this clash.

While same goes for the away side, their star striker Wilfried Bony is also in doubts due to fatigue. Leon Britton and Alan Tate are out with a knee an hamstring injury, respectively. 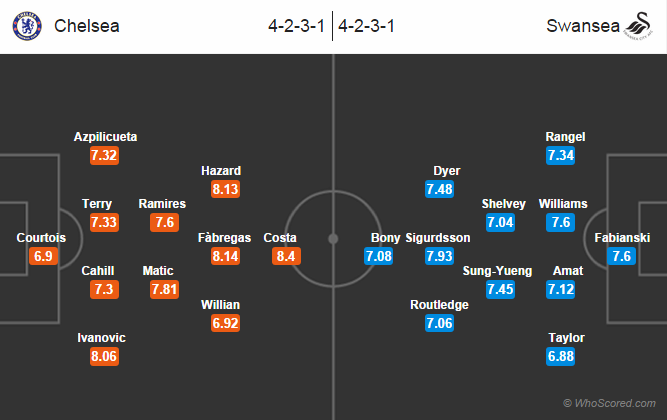 PREDICTION:
Chelsea 2 – 2 Swansea City, Diego Costa the leading goal scorer of the Premier League is likely to net once again if he plays.