We all love football. It’s watched by millions on TV around the world almost every night of the week. Everyone has an affiliation to at least one team. We are taunted and made fun off by our friends and rival teams when it’s not going our way, and we are on cloud nine when things are. 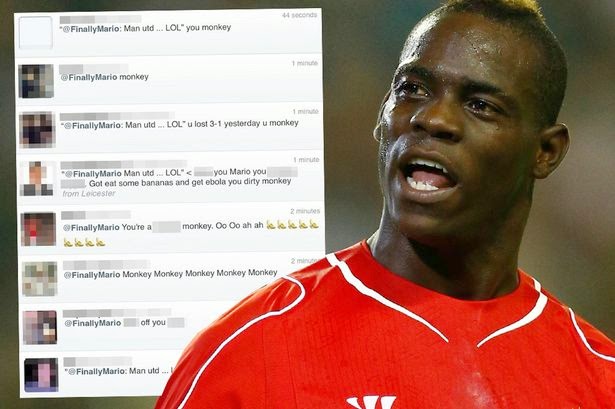 Players have received abuse since the start of the beautiful game. We hear it on the terraces; we hear it in our living rooms, with fans showing their displeasure at players for not playing to their best or for making a mistake.

Now there’s a new type of abuse coming into play and it’s showing its ugly head more and more. They are the Twitter trolls. Twitter used in the right way is a great way to interact with the hero’s at your club, used in the wrong way however can have a detrimental effect.  The police and Twitter themselves don’t seem to be able to control it either or track down these ‘trolls’.

West Brom midfielder Chris Brunt is the latest to feel the full force of these stupid, trouble making idiots who on their computer or phone think its ok to level threats at someone for having a bad game.

This is a game of football, a game!  Now some idiots out there thing it’s ok to come out with comments like that, not only that but they are also getting away with it. Brunt has now deleted his twitter account as a way to stop the unnecessary and uncalled for abuse he has been receiving.

Nobody should have to receive those kinds of threats, and it sickens me that people are doing this to players of the team they supposedly support.

He isn’t alone either as Gareth Bale has also been on the receiving end of some abuse this week. Not vile death threats from trolls like that of which poor Brunt has had to deal with. Bale had his car kicked by angry fans as he left Real Madrid’s training facility for not stopping to sign autographs.

Even Mario Ballotelli this weekend suffered racist abuse on twitter after fans reacted angrily to his comments about Manchester United’s loss to Leicester City.

Just because someone is in the public eye and is saying or behaving in a way we don’t like it doesn’t make it ok for you then to make a random twitter account and threaten, abuse or be racist to anyone.