Spurs have started their season well with two wins and today's win will take them above the 3rd place. While Liverpool have three points only as they lost last match against Manchester City.

Both the sides will give new signings a chance in this game.

Tottenham new defender Federico Fazio is likely to make a debut. The 6 foot 5in was signed from Sevilla on Wednesday.
While Spanish striker Roberto Soldado is doubtful for this clash. Full-back Kyle Walker is the only player missing for this clash.

Meanwhile for the away side, new striker Mario Balotelli is going to start. Attacker Adam Lallana who missed the last two games due to injury has also returned and will be making his Premier League debut hopefully.
Trio defenders Martin Skrtel, Glen Johnson and Alberto Moreno are suffered a minor knock last weekend but are expected to be fit to play.
Jon Flanagan and Oussama Assaidi are the only players sidelined. 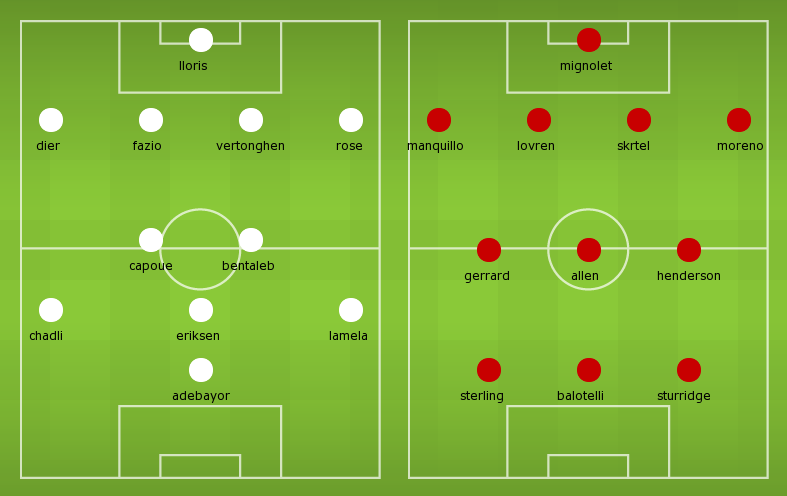