Manchester United are set to face Sunderland in their second Barclays Premier fixture today at Stadium of Light. with Possible lineups, team news and head to head.

Manchester United are set to face Sunderland in their second Barclays Premier League fixture today at Stadium of Light.


Manchester United started their season with a defeat at Old Trafford, while Sunderland started with a draw.
Louis van Gaal is desperate to start winning games and prove his name at Old Trafford.

Sunderland boss Gus Poyet is set to welcome defender Billy Jones once again as he has returned for a hamstring injury. Emanuele Giaccherini will be the only player who will miss this clash due to groin injury.

While for the away side Manchester United, striker Robin van Persie is now fully fit to face Sunderland but midfielders Ander Herrera, Marouane Fellaini and Michael Carrick all are out with an ankle problem. Center-back Jonny Evans and new signing Luke Shaw both are set to miss this clash due to leg and hamstring injury, respectively.
Danny Welbeck who has been told to leave the club this month is also out with a knee injury. 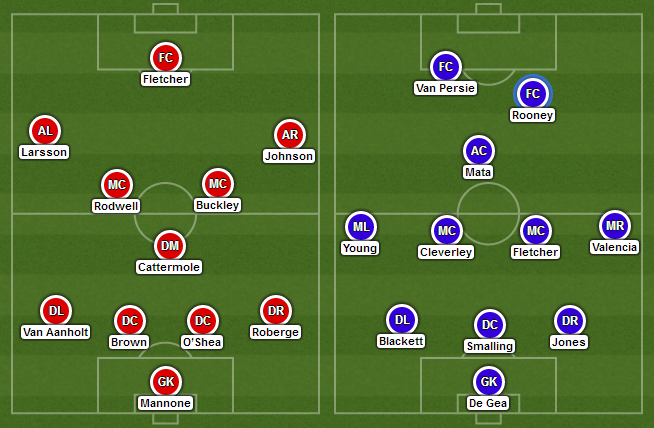