Both the sides fought till the end for the title and City were the side who lifted the Premier League title in May.

#484568131 / gettyimages.com
Stat:
Team News:
For the home side, Alvaro Negredo is the only player injured, the Spaniard who might be leaving this month is out with a metatarsal problem.

While for the away side, Liverpool boss Brednan Rodgers might give a chance to new signings Alberto Moreno and Lazar Markovic who returned from an injury.
Defenders Daniel Agger, Jon Flanagan and midfielders Adam Lallana, Oussama Assaidi all remain sidelined with a knee injury.
While left-back Jose Enrique is a doubt for the game.

Possible Lineups:
City playmakers Silva and Nasri will be the key players to watch, they will be making plenty of key passes for their strikers.
Liverpool will start with 4-3-3 but will play a mixed formation with Coutinho and Sterling roaming around the field behind Sturridge. 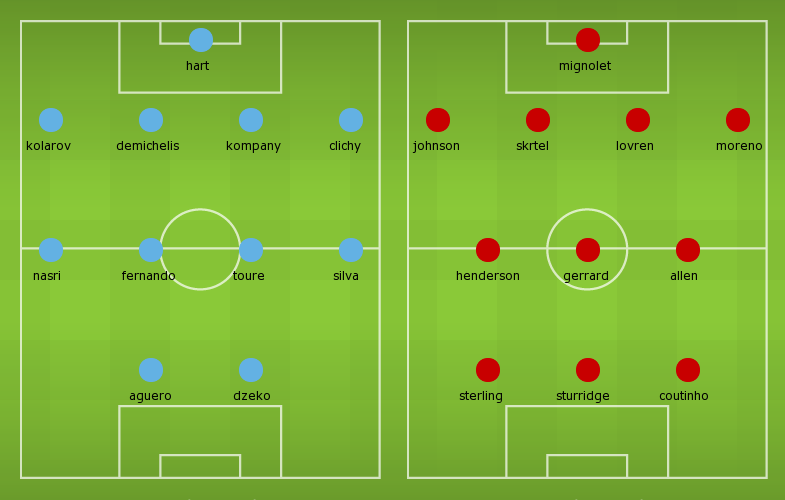