Today, Liverpool will host Southampton in their first Premier League game of 2014-2105 season at Anfield.


Liverpool have already bought majority of key players from Southampton this summer and Dejan Lovren is likely one to start against his former team.

New signings Adam Lallana and Lazar Markovic both are set to miss this clash due to various problems. But Rickie Lambert and Dejan Lovren are fit and might start this game. Defenders Jon Flanagan and Daniel Agger are also out with their respective injuries.

Meanwhile for the Saints, new boss Ronald Koeman could give a chance to new faces today. Morgan Schneiderlin will play despite of his Spurs transfer rumours. New signing Shane Long who joined from Hull City last Thursday is going to compete his new fellow Graziano Pelle up front for a place. Florin Gardos is the only man sidelined for the Saints.

Possible Lineups:
Emre Can is likely to start on the left side but will be roaming around the field along with Coutinho and Raheem Sterling. 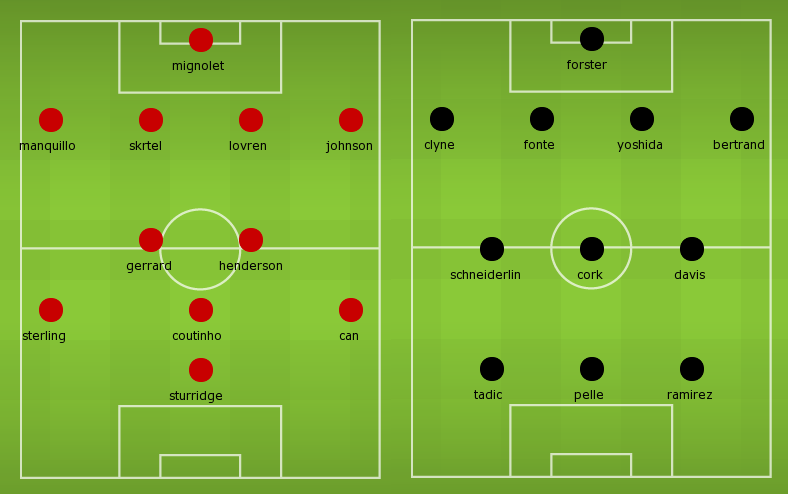 Player to watch:
Philippe Coutinho (Liverpool)
The 22-year-old Liverpool attacking midfielder is the key man to watch in this game after his impressive performances at the preseason. The Brazilian is keen to shine in the Premier League.