Everton will play Chelsea in their third game of this new 2014-2015 Barclays Premier League campaign at Goodison Park.


Chelsea are looking for a third win in a row while Everton still seeking for their first win of this season. Everton have drawn both of their first two games.


Team News:
Former Chelsea strikers Romelu Lukaku and Samuel Eto'o both are doubtful for this game. Eto’o who recently completed his move to Everton is short of match fitness while Lukaku has a minor toe injury but is expected to return. Christian Atsu who is on loan from Chelsea cannot play against his parent club.
Midfielder Steven Pienaar is also a doubt due to his groin injury. Striker Arouna Kone, midfielders Ross Barkley and Bryan Oviedo are all set to miss this clash.

For Chelsea, Striker Diego Costa is back after a minor hamstring injury he suffered in training few days ago. While striker Fernando Torres has agreed to move to AC Milan which means he won't be in the squad today. 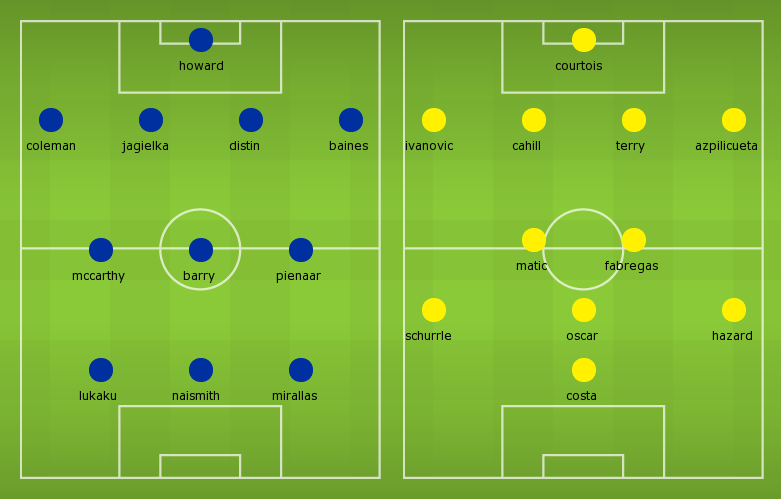 Prediction:
Everton 1 – 1 Chelsea, it will be a very entertaining game to watch.