Today, in Barclays Premier League Everton will host Arsenal at Goodison Park in a late game.

Everton right-back Seamus Coleman has returned from a hamstring injury and is set to start this game. But striker Arouna Kone and midfielder Bryan Oviedo are out due to knee and leg injury, respectively.
A good news for Everton side is that midfielder Darron Gibson is set to return after being sidelined for 10 months due to anterior cruciate ligament.

While for the away side, Arsenal skipper Mikel Arteta is set to miss this clash due to an ankle injury. But German trio Mesut Ozil, Lukas Podolski and Per Mertesacker could make a return to the starting lineup after enjoying their extra holidays.
Yaya Sanogo and Kieran Gibbs both are out due to hamstring problem while Theo Walcott and Serge Gnabry continue to struggle with their injury and soon will be back in action. 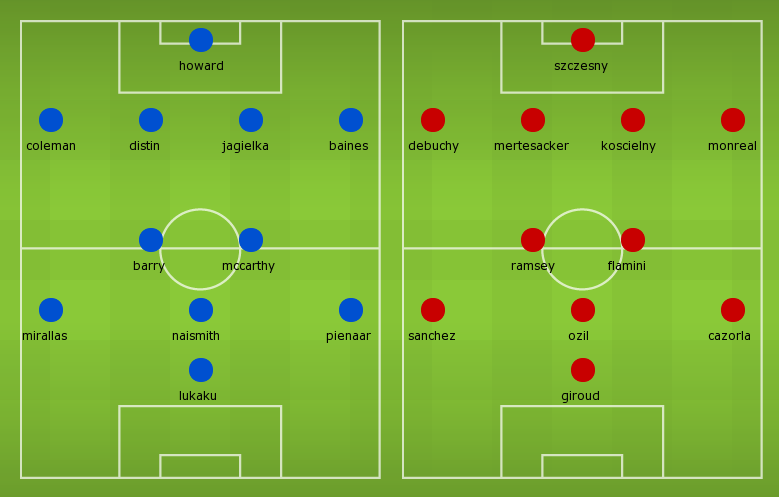