Newly promoted side Burnley will host Manchester United at Turf Moor today in an early game at 12:45 BST.


Manchester United have started a season with a lose and a draw while Burnley lost both their starting two games.

Louis van Gaal is keen to bring United back to winning ways and with new signing Angel di Maria, United fans are hoping for something big now.

Stat:
Team News:
Burnley striker Sam Vokes is the only player out with a knee problem. He has returned to training but not fully fit for a match.

Meanwhile for the away side, Shinji Kagawa, Ander Herrera, Michael Carrick, Chris Smallin,g Luke Shaw, Rafael and Marouane Fellaini all are out with their respective injuries.
New boy Angel di Maria is likely to start his first game for United. 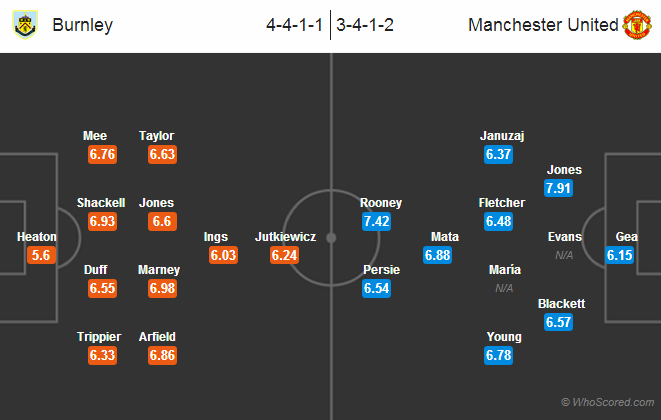